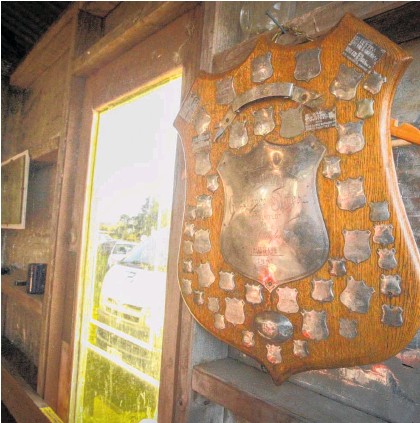 The Central Hawke’s Bay team re-established to bring life back to sub-union rugby is finding a place in the hearts of Heartland Championship first-class rugby unions with a dream it might one day be locking horns with it in competition. It was highlighted in Masterton on Friday night when the CHB sub-union side opened a four-match 2022 schedule with the first Stu Smith Memorial match against Heartland side and former NPC first-division union Wairarapa Bush. Next Saturday in Foxton, Central Hawke’s Bay provides Horowhenua Kapiti with its last shakedown before the Heartland championship starts the following weekend. Chosen from six CHB clubs and players not selected for higher honours such as other Hawke’s Bay representative sides, including three OngaTiko Colts players, and trying to adapt to playing on an artificial turf, the side proved competitive and was beaten 38-8. The home side scored first in the opening three minutes. Centre Tate Harte kicked a penalty for CHB’s only points by halftime, at which Wairarapa Bush led 19-3. Onga-Tiko player Logan Blackburn scored the side’s only try near fulltime, off the bench at fullback. A committee with representatives from the six CHB clubs was formed to provide opportunity for the area’s players outside of club rugby, including keeping alive competition for the Bebbington Shield, a challenge trophy contested among sub-unions from southern Hawke’s Bay and northern Wairarapa to northern Whanganui. It was traditionally on the basis that each sub-union would have one challenge each season, but amid the decline of player numbers and clubs in the rural areas holder CHB faced just one defence last year, beating Dannevirke at Tikokino. With no challenges lodged this season, CHB has extended the search for opposition to come up with the four matches, with the Wairarapa Bush and Horowhenua Kapiti games followed by matches against Manawatu Mā ori in Takapau, on August 13, and Whanganui Development in Waipawa, on August 20. The match with Wairarapa Bush renewed a link made when CHB provide pre-Ranfurly Shield challenge opposition for the more senior union in Waipukurau in 2009, and won, and that with Horowhenua Kapiti is now an established event. Committee chairman Dylan Scott hopes to gather representatives from across the Bebbington Shield region to discuss the future of the trophy and its competition, while also focusing on finding opportunities for the district’s players, who he says can tend to be overlooked if not playing for major clubs. Scott has dreams for the future of CHB teams, and wonders if one day — as the landscape of rugby changes — there may be a place for a central and southern HB side in an equivalent of the Heartland Championship.