STUDY: How urbanisation is robbing rural communities of their services 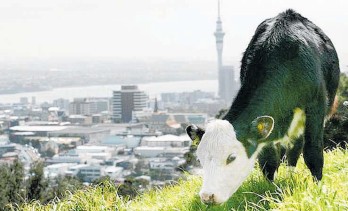 When Caroline Batley began her study on the decline of rural community services she was surprised to find that “rural New Zealand” wasn’t as big as she thought it was. In 2020, only 13 per cent of residents in New Zealand lived in rural areas, a drop from 16.3 per cent in 2018, Batley said in her report for the Kellogg Leadership Programme. Batley found rural communities had experienced a “hollowing out” since the 1930s despite supporting the primary sector, she told The Country’s Jamie Mackay. “When I first began my project, I thought that we were quite a rural country but as things have declined since basically the 30s we’ve become more and more urbanised.” According to Statistics NZ, as of June 2018, urban people made up 87.2 per cent of the population. Stats NZ classes urban areas as cities, towns and other conurbations (an aggregation of urban settlements) of a thousand people or more: Urban: Major urban area: Towns/cities with 100,000-plus residents Large urban area: Towns with between 30,000 and 99,999 residents Medium urban area: Towns with between 10,000 and 29,999 residents Small urban area: Towns with between 1000 and 9999 residents. Stats NZ also defines rural settlements with a population of 200 to 999 people or at least 40 dwellings. Rural: Rural settlement: populations of between 200 and 1000 people, at least 40 residential dwellings and a cluster of dwellings with at least one community or public building; and Rural other: mainland and islands outside rural settlements or urban areas. Batley’s study also found that only 2-3 per cent of the population were farmers and their families. “It really has declined from being very much a rural country to being quite urbanised.” Batley did a case study of two rural towns and one forestry area in her report and used those case studies to assess how the 2018 Census data of rural areas tracked compared with national averages. Many rural centres had lost hospitals, police stations, banks, government departments, schools, sporting clubs and churches, she said. Batley’s report explored whether healthcare, employment, crime and education outcomes had worsened for rural residents compared with their urban counterparts due to these changes, and recommended enhancements to public policy to address this. The healthcare skill shortage was “huge” in rural communities, despite Local Government New Zealand programmes such as Think Rural, Batley said. “What I found is we’ve got some healthcare discrepancies in rural towns [and that there’s] definitely a lack of health professionals in rural areas.” A lack of promotion of higher education opportunities meant rural people were missing out in this area as well, Batley said. “In my research [there was] a rural education disadvantage that we found. So maybe an increased scholarship programme to attract people that are based in rural communities to higher education and universities [is needed].” Fewer police officers, poor internet connections and high postage prices were also having a negative effect on dwindling rural communities, Batley said.