Tough job ahead for experienced team of four judges 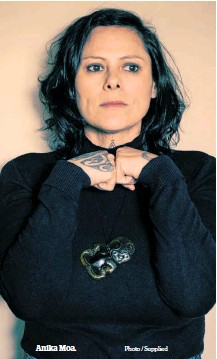 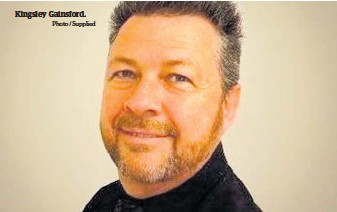 There are just two weeks left until Harcourts Dancing for Hospice, and this year’s judges will have a tough job, as hours of preparation has gone into getting all dancers onto the big stage. The dancers are nervously excited to perform in front of a huge crowd. To critique and score the performers there are four judges, who are all versed in dance and/or entertainment, that will decide the winner on the night. They can now be revealed as award-winning recording artist and television presenter Anika Moa, president, chairman and trustee of the New Zealand Ballroom Dance Council Kingsley Gainsford, professional Latin dancer Enrique Johns, and award-winning journalist, podcast host and producer Brodie Kane. Head judge Kingsley Gainsford started learning ballroom and Latin American dancing in Rotorua aged 8. During his competitive years, Kingsley danced in Europe representing New Zealand, including seven world championships. Together with dance partner and wife Angela, he opened Gotta Dance and the North Shore Dance Centre. Kingsley adjudicates at international championships throughout the world and has taught many New Zealand and Australian champions. Anika Moa is an award-winning recording artist and television presenter. She has released nine studio albums and three albums of songs for children. Anika has four children and is cohost of Flava Breakfast. She is no stranger to the judge’s tables, having appeared as a judge on The Masked Singer. Brodie Kane is an award-winning journalist, podcast host and producer, and a public speaker. She has an extensive background in radio and television. Her interests over the years have included surf lifesaving, a stint in the Territorials of the NZ Army and long distance running. Brodie took part in television’s Dancing with the Stars in 2022, finishing in the top two. Enrique Johns is a professional Latin dancer and dance teacher. He started dancing in early childhood and is a multiple-time New Zealand Amateur Champion and Amateur Salsa World Champion. He has appeared as a professional in three series of Dancing with the Stars, most recently competing this year with fellow judge Brodie Kane, where they were runners-up. Also available now is your chance to choose the Harcourts Dancing for Hospice People’s Choice. This is awarded to the couple with the most votes from an online poll. While at the online poll, you can also view the selection of silent and live auction items, all available to bid on. The silent auction items can be bid from the comfort of your own home, if you’re unable to attend the event. The auction is another way to support Rotorua Community Hospice, and to buy anything from Rotorua tourism experience, to a cashback on a new mortgage. This year in the live auction Ebbett Rotorua has partnered with Rotorua Community Hospice to provide a brand new Kia Stonic — available to view at Ebbett Rotorua now on Lake Rd. More items will be added to the website every day. To vote for in this year’s People’s Choice and to take a look at the auction items all you need to do is: Register via Browser — go to app. galabid.com/hospice22, click on the ‘Register’ button, follow the instructions to complete registration. Or to register via text — Text: hospice22 and your full name to 2834, follow the registration link you are sent by text from Galabid. Cost is $3 per vote plus administration fees. There are still general admission tickets available in the grandstand. Go to ticketmaster.co.nz to buy.