Two Hamilton boys have been recognised by the Waikato Asthma and Respiratory Trust with the 2021 Waikato Asthma Young Achievers Award for excelling in sports and music despite having a respiratory condition. Award co-ordinator Cris Armstrong said there were a number of nominations received and the trust was unable to choose between two “exceptional young men”. “So we have decided to award two winners this year.” Arana Te Kuha a Maui Wayne Rangiawha, 10, from Tooku Mapihi Maurea Kura Kaupapa Ma¯ori in Hillcrest is a chronic asthmatic who was nominated by his nan Maria Rangiawha-rautangata for excelling in a variety of sport. Despite having to stop often to take his asthma medication, he participates in Whutu Poro Riiki (rugby league), Haupoi Reti (inline hockey) and Waka Ama. After coming first at his schools’ Omanga Roa (cross country) he was chosen to represent the kura at the regional interschool cross country event. Arana is a also a keen actor and takes great pride in his Ma¯ ori and Niuean heritage and has excelled in grasping te reo with fervent determination. His nan Maria says he is a humble, kind and considerate young man who is very compassionate towards everyone. “He is always willing to be helpful in any way he can from packing boxes of firewood for his nana or helping his dad paint his room.” The other equal winner is Oliver Ayton, 10, from Glenview School who has a condition called Subglottic Stenosis, which is a narrowing of a specific portion of the windpipe just below the vocal cords. He has been nominated by his mum for recently starting mixed martial arts and Brazilian jiu jitsu and placing first in his division at his first tournament even though he felt breathless throughout the event. Oliver also pushed himself in athletics this year and came second, allowing him to represent Glenview School at the interschool athletic tournament — something that he has never been able to achieve in the past. His mum said: “He also enjoys learning guitar and is a high achiever academically. He has a fantastic attitude to life, not letting anything hold him back.” Both winners received a trophy, certificate and family adventure package, the winner’s school will also be presented the Leigh and Betty Dunbar Trophy to display. The Waikato Asthma Young Achievers Awards was set up to recognise the achievements of primary- or intermediate-aged school children with asthma or other respiratory conditions who do well in academic, sport, social or community activities. 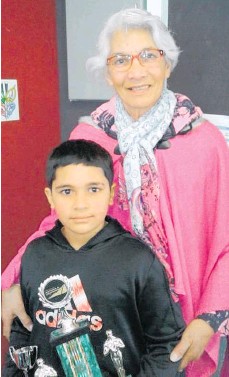 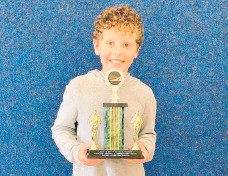