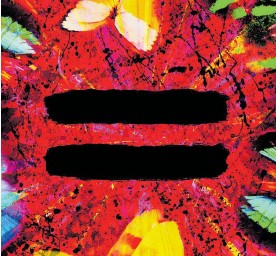 If Bad Habits and Shivers are something you’re all too familiar with then chances are you’ve already experienced Equals, the stunning new release from global superstar Ed Sheeran. Featuring 14 tracks all delivered in that inimitable Ed Sheeran style, the album is the British star’s fourth release of mathematically titled collections and follows on from Plus, Multiply, and Divide. Other tracks to feature prominently from Equals so far include Overpass Graffiti and Visiting Hours. We’re giving you the opportunity to win one of four copies and hear for yourself the mastery that Sheeran has over his craft. They all sit well with his previous efforts which include Castle On The Hill, Shame On You, Galway Girl, How Would You Feel (Paen), Eraser, The A Team, You Need Me I Don’t Need You, Lego House, Drunk, Small Bump and Give Me Love, Sing, Don’t, Thinking Out Loud, Bloodstream and Photograph — to name but a few. All of which leave fans pondering what he’s likely to include or leave out of his next concert setlist — such is the extent of his ever-growing catalogue. He’s a man of many talents — he’s won four Grammys along with countless other awards. His work includes collaborations with a who’s who of the entertainment industry including Eminem, Beyonce, Chris Stapleton, Justin Bieber and Taylor Swift. In 2014 he appeared on NZ’S own Shortland Street as himself. In 2017, Sheeran was awarded an MBE for his services to music and charity. One NZ family in particular is forever grateful to Sheeran for his kindness in granting a meet-and-greet to their teenage cancer patient daughter during his visit here in 2018, in answer to a bucket list request she had. Sheeran makes great music and helps others create amazing memories. In Kiwi-speak we reckon that makes him a real top bloke — on so many levels. Check out Equals —Ed Sheeran at his brilliant best — experience the experience!