In the early years of this century local deer farmer and possum hunter Colin Cox was working closely with the late Sir Peter Elworthy in finding uses for possum fur and developing overseas markets. Having learned from a Japanese scientist that possum fur was hollow, Colin had his “eureka” moment and concluded that being hollow it might both warm the wearer and wick away perspiration at the same time to avoid overheating. He set about trialling his theories. Not only was he right but quite by accident he discovered it also took away the back pain that he’d been suffering from for some years. Friends who also suffered lower back pain were given belts to trial and they too reported good results. No one could deny that this was an important moment, especially for those suffering back pain. Colin Cox is considered a deer farming pioneer, starting trapping operations in 1962, and eight years before deer farming became a reality. He was elected to New Zealand’s first Deer Farming Council in 1976. He was also employed to help pioneer Australia’s deer farming industry, including setting up a deer research unit. Strong credentials. It was in 1992 that he began experimenting with possum fur, and later, after being joined by his brother and Sir Peter Elworthy, they employed Wool Board scientists to begin research into possum / wool clothing. His exploits in this and other fields were the subject of a series of Radio NZ broadcats, still available. “After discovering that possum fur helped ease the pain of arthritis and sore joints when placed against the human skin, I went on to develop the ‘possum belt’, which was later endorsed by the NZ Medical Council. Mahe Drysdale, Olympic rower, with a severe case of arthritis in his lower back, went on to win two Olympic gold medals while wearing it,” says Colin. “It has gone on to achieve some weird and wonderful things,” he says. “Some people suffering the effects of colds and influenza reported a shorter recovery time, while others with emphysema and asthma reported an easing of their illness.” Colin is careful to make no outrageous claims — he can only report what others have said after using the belt or other arrangements of possum fur against their skin. Others have reported marked improvements in other conditions not associated with joint pain, and it has Colin wondering what else it might achieve. He’s a conservative man and a believer in evidence, so his research is slow and steady. But, just the same, he can’t ignore what people are saying after trialling possum fur. Possum fur, like that of the polar bear, is hollow. A Japanese scientist Colin consulted says this could give it unique heating properties. “In the early years of possum belt trials we found it strange that, irrespective of whether conditions were hot or cold, or whether the fur was wet or dry, it seemed to produce a similar heat. As time went by, we learned that you didn’t have to turn a switch to change the temperature: nature did it for you. “For many years I was of the opinion that the heat generated by possum fur was the simple answer to healing, but I must admit to being baffled how the fur was proving effective against so many unrelated illnesses. Where was the relationship between arthritis, respiratory problems and (as reported in one case) blood related cancer?” A lot of it was to do with improved recovery time after medical procedures, he says. Colin has people now trialling possum fur for a range of conditions to see what effect, if any, there is. “However, I must state strongly that I will never claim success with possum fur against any illness, for the simple reason that there are various stages to any illness,” he says. “I would hate people to think it was their final hope when the illness had progressed too far, or for any other reason. “I am strongly of the opinion the fur should be treated more as an active health product, directed at general wellbeing.” With the help of Peter and Pat Gilbert, clothing specialists, they have trialled the fur attached to clothing, with many positive results. The possum belt is available to those who suffer back pain, and this writer is using it for a bad knee — with positive results — but Colin would like to hear from people who feel possum fur could help with something they’re suffering from. It’s all part of the slow, steady and serious research into the properties and benefits of possum fur and its many applications. To talk to Colin about how possum fur might help you, call him on (06) 342 7722. 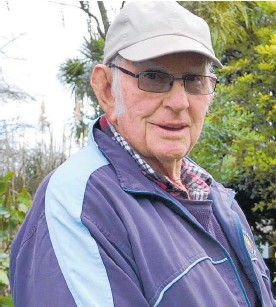